Chinese kung fu, also known as wushu or gongfu, is a set of traditional martial arts fighting styles that is still widely popular today. Kung Fu history is long and filled with wild twists throughout its development. Some of these twists led to distinctive fighting styles like Shaolin and Tai Chi, which fall under the umbrella of kung fu artistry. In fact, there are many forms on kung fu that are still practiced all over the world. Its influence can be felt in art forms ranging from Chinese opera to dance. Join us today to discover the origins of Chinese martial arts and learn how kung fu developed into a pillar of Chinese civilization. 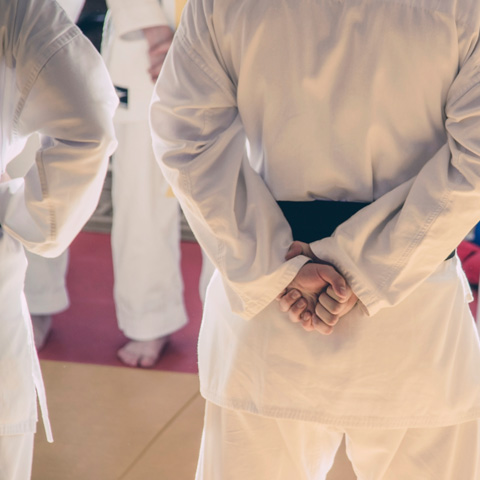 As kung fu is a near-ancient artform, its history has sprouted many legends. Many Chinese people continue to believe that kung fu originated in the Xia Dynasty approximately 4,000 years ago under the reign of the Yellow Emperor. This emperor, who was also revered as a deity, is regarded as a general of great prowess. Historians suggest that the fighting styles of kung fu were originated by hunters who needed to defend themselves in the forests of China.

The Early History of Kung Fu

Historians note that the earliest reference to martial arts dates to the 5th century B.C. The Spring and Summer Annals contain the earliest known references to kung fu and mention its “hard” and “soft” fighting techniques. Other early chronicles mention techniques like pressure point attacks, strikes, throws, and joint manipulation. By the time of the Qin Dynasty, these techniques had developed into a sport. The Tang Dynasty immortalized Chinese martial arts of the time in poems, while the Song and Yuan Dynasties promoted special imperial court contests for fighters. Although many people believe that kung fu actually began with the construction of the Shaolin Temple, these developments of the fighting style actually took place long before the temple was built in 495 A.D.

The Influence of the Shaolin Temple

The Shaolin Temple was integral in kung fu history and its further development. It combines kung fu fighting styles and elements of Buddhism. The early monks believed that the discipline involved in practicing kung fu and its associated breathing styles could enhance spiritual pursuits. Early monks knew that practicing martial arts could improve one’s health but also improve one’s ability to discipline the mind. This combination of mental and physical discipline in one sport was something that the Shaolin monks greatly promoted and something that is still central to martial arts training and practices today.

Kung Fu Finds Its Way to the West

Kung fu styles are practiced in many places outside of Asia but are particularly popular in the United States. According to historians, Chinese immigrants who came to America during the 1820s and 1830s continued to practice their “Chinese wrestling and boxing” as it was called in their new home. However, it wasn’t until 1890 that the first official kung fu expedition was held in the U.S., specifically in New York City. Today, kung fu and its various forms are practiced throughout the U.S. People still favor these martial arts for self-defense, but increasingly also for fitness and to practice mindfulness. Kung Fu’s emphasis on self-discipline attracts people of all ages. Start your journey today by signing up for one of our many martial arts classes.

We love to see how our young students grow. We can not wait to welcome you into our family!

Call Now
Back to the top