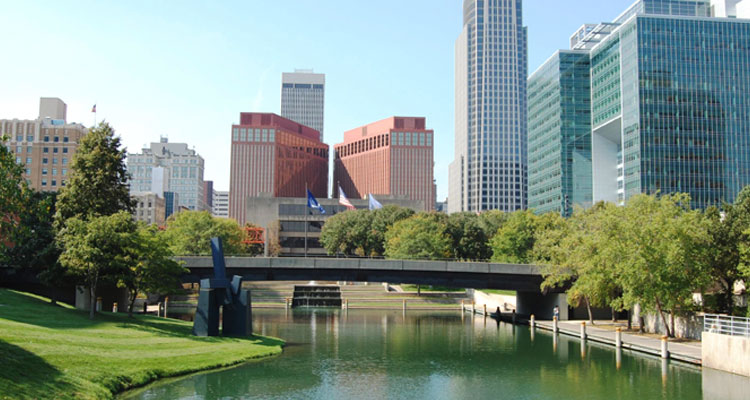 Omaha, Ne Is Arguably the Best City to Live in the Midwest

The city’s name has its roots in Native America. Omaha, therefore, has a rich history and prides itself on a great heritage. The city is also known for a thriving economy, and in fact, it is home to five of the Fortune 500 companies. Omaha is so cool that Warren Buffett, one of the wealthiest people in the world, lives here. The city is also known for being a home of great historical figures such as President Gerard Ford and Malcolm X among others. Below is a rundown of the things we love most about Omaha, NE and why our city rocks.

The Great History of Omaha, Nebraska

The history of Omaha stretches way before people started settling in the city. The city got its name Omaha from the Indian word for “upstream people.” As early as 1840, speculators from Council Bluff, Iowa were already staking land across the Missouri River. Even before it was legal to claim land in the Indian Country, Settlers from were already coming to Omaha. Later on, the Nebraska Territory was created, and in July of 1954, the Omaha City was established. Between the 1860s and 1870s, the city emerged as a major industrial hub in the Midwest. In 1908, the Omaha University was founded, and in the 1930s, Omaha Stockyards emerged as a leader in meatpacking. Today, Omaha is the 42nd largest city in the US with a population of about 433,000

The Small Town Charm of Omaha

Although Omaha is a big city with a population of almost 433,000, it maintains a small town charm. Getting around the city with public transit, personal car, or by foot is easy since there is no too much congestion and finding a parking lot in the downtown is quite easy. We understand that these are qualities that are hard to find in most destination cities, and for this reason, Omaha stands out as one of the best cities to live in the Midwest and the US in general.

Great People? Yessir, Omaha has them

The people of Omaha are stereotyped as great and friendly people. We understand why this is the case; wherever you go in the city, you will find smiling faces. We have welcoming neighborhoods for people of all walks of life. Thus, anyone who chooses to visit or live in Omaha has ample opportunities to make lasting friendships and enjoy an outstanding quality of life.

With a quite a rich history and heritage, Omaha is home to many amazing landmarks. Some of the most popular Omaha, Nebraska landmarks include The Old market, St Cecilia’s Cathedral, Bob Kerrey Pedestrian Bridge, General Crook House Museum, Joslyn Castle, Memorial Park, The Henry Doorly Zoo and Aquarium, Gerald R. Ford Birth Site and Gardens, and Malcolm X Birth Site among others. Thus, there is a lot that both locals and visitors can enjoy in our city.

Overall, it is apparent that Omaha rocks for a number of reasons. The city has many features of a small town despite the fact that it is quite a big city. Getting from one end of Omaha to the other can take as little as 20 minutes. Besides, there are adequate parking lots and the walkability score is quite high. Furthermore, Omaha has great, welcoming people and many amazing landmarks. For these reasons, we love Omaha, and we would like the world to know it.

We love being the best Martial Arts Kung Fu school near Omaha in Bellevue, Nebraska!

Call for the best Martial Arts Classes for kids and adults in Bellevue, Nebraska, and the surrounding Omaha area.

Call us for the best Martial Arts Classes for kids and adults in Bellevue, Nebraska, and the surrounding Omaha area.

Read More
Recent Posts
Archives
Categories
Back to the top